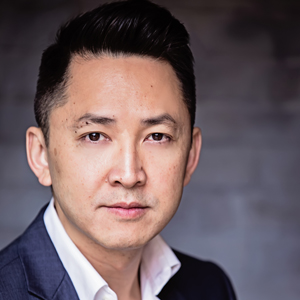 Viet Thanh Nguyen’s writing is bold, elegant, and fiercely honest. His remarkable debut novel, The Sympathizer, won the Pulitzer Prize, was a Dayton Literary Peace Prize winner, and made the finalist list for the PEN/Faulkner award.

Viet and his family came to the United States as refugees during the Vietnam War in 1975. As he grew up in America, he began to notice that most movies and books about the war focused on Americans while the Vietnamese were silenced and erased. He was inspired by this lack of representation to write about the war from a Vietnamese perspective, globally reimagining what we thought we knew about the conflict. The New York Times says that his novel, The Sympathizer, “fills a void…giving voice to the previously voiceless while it compels the rest of us to look at the events of forty years ago in a new light.” His voice is refreshing and powerful as he urges readers to examine the legacy of that tumultuous time and its aftermath from a new perspective. The audacious novel has also been described by The Guardian as having a “Whitman- like multiplicity” as it “reads like the absolute opposite of Tim O’Brien’s The Things They Carried.”

Viet’s book Nothing Ever Dies: Vietnam and the Memory of War was a finalist for the National Book Award. Author Ari Kelman praises Nothing Ever Dies saying it, “provides the fullest and best explanation of how the Vietnam War has become so deeply inscribed into national memory.” His collection of short stories, The Refugees, explores questions of immigration, identity, love, and family. In 2018, Viet called on 17 fellow refugee writers from across the globe to shed light on their experiences, and the result is The Displaced, a powerful dispatch from the individual lives behind current headlines, with proceeds to support the International Rescue Committee.

Viet was the recipient of a MacArthur “Genius” Grant. The MacArthur foundation noted that Viet’s work “not only offers insight into the experiences of refugees past and present, but also poses profound questions about how we might more accurately and conscientiously portray victims and adversaries of other wars.” Along with teaching at the University of Southern California, he works as a cultural critic-at-large for The Los Angeles Times. Viet lives in LA with his wife and son, Ellison.